DSU is Proud to be a part of FamilIEEE.

These are just some of our Highlights.
We look forward to doing such events more.

We are proud to have the following people as the part of our team,
They represent not only us but the whole university.

The Institute of Electrical and Electronics Engineers (IEEE) is a professional association with its corporate office in New York City and its operations center in Piscataway, New Jersey. It was formed in 1963 from the amalgamation of the American Institute of Electrical Engineers and the Institute of Radio Engineers. Today, it is the world's largest association of technical professionals with more than 400,000 members in chapters around the world. Its objectives are the educational and technical advancement of electrical and electronic engineering, telecommunications, computer engineering and allied disciplines.

The IEEE is incorporated under the Not-for-Profit Corporation Law of the state of New York. It was formed in 1963 by the merger of the Institute of Radio Engineers (IRE, founded 1912) and the American Institute of Electrical Engineers (AIEE, founded 1884). IEEE's Constitution defines the purposes of the organization as "scientific and educational, directed toward the advancement of the theory and practice of Electrical, Electronics, Communications and Computer Engineering, as well as Computer Science, the allied branches of engineering and the related arts and sciences. In pursuing these goals, the IEEE serves as a major publisher of scientific journals and organizer of conferences, workshops, and symposia (many of which have associated published proceedings).

IEEE is also a leading standards development organization for the development of industrial standards (having developed over 900 active industry technical standards) in a broad range of disciplines, including electric power and energy, biomedical technology and healthcare, information technology, information assurance, telecommunications, consumer electronics, transportation, aerospace, and nanotechnology. IEEE develops and participates in educational activities such as accreditation of electrical engineering programs in institutes of higher learning.recently DSU has joined hands with IEEE so that our students may recieve what IEEE has to offer.

The Institute of Electrical and Electronics Engineers Standards Association (IEEE-SA) is an organization within IEEE that develops global standards in a broad range of industries, including: power and energy, biomedical and health care, information technology and robotics, telecommunication and home automation, transportation, nanotechnology, information assurance, and many more.

IEEE Collabratec™ is an integrated online community where technology professionals can network, collaborate, and create - all in one central hub. The IEEE Collabratec™ online community offers a suite of productivity tools and is available to technology professionals around the world with exclusive features for IEEE members. Plus sign up is free to everyone. 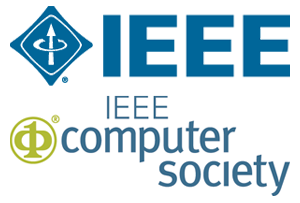 IEEE Computer Society (sometimes abbreviated Computer Society or CS) is a professional society of IEEE. Its purpose and scope is "to advance the theory, practice, and application of computer and information processing science and technology" and the "professional standing of its members. The CS is the largest of 39 technical societies organized under the IEEE Technical Activities Board.

Some of our writings by our publication department.
look forward to seeing more.